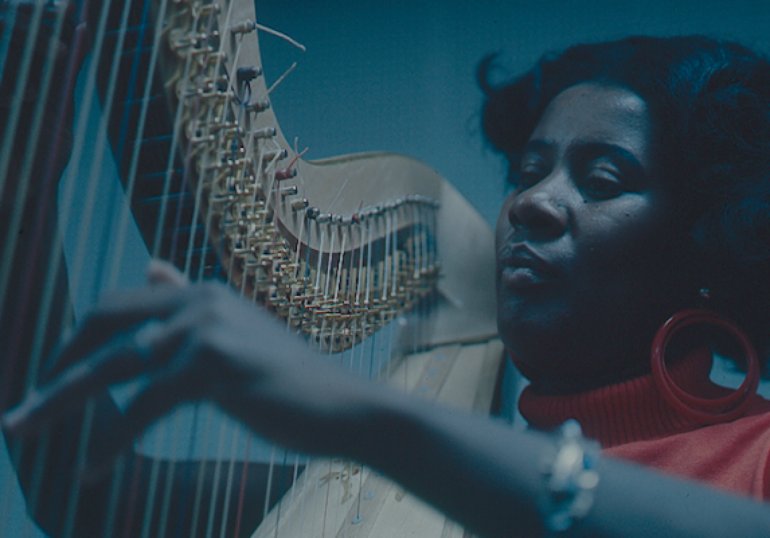 It has been announced that new music from the iconic musician and godmother of spiritual jazz, Alice Coltrane will be released July 16. The album, entitled “Kirtan: Turiya Sings” will feature nine new devotional songs that will share unheard music with Coltrane on voice and organ. There has never been a recording with the artist in this stripped-down musical fashion. Most of Coltrane’s recordings featured her harp and a number of different instruments and musical collaborators such as Carlos Santana and Pharaoh Sanders.

This specific collection of music was recorded in 1981, and though it has never been heard from the masses, the original recordings of these musical offerings were exclusively released on cassette tape for her followers who lived on her ashram (a place of devotional worship and study). In 2004 Alice Coltrane’s son came across mixes of this music that he had never heard before where she is just singing and playing the Wurlitzer organ. Ravi, the producer of “Kirtan: Turiya Sings,” felt that this music needed to be shared with the world.

The album is not considered to be jazz or improvisational music, but a solo effort of true love that highlights her spirituality, grace and wisdom. All of the lyrics are performed in Sanskrit and reveal how deeply connected Alice was to history and traditional spiritual songs.

Ravi Coltrane says in a statement: “On this album, your ear will be turned toward the sound of the blues, to gospel, to the Black American church, often combined with the Carnatic singing style of southern India. You will hear beautiful harmonies influenced by Alice’s Detroit/Motown roots, her bebop roots, John Coltrane’s impact, and her absorption of European classical music, particularly that of her favorite: Igor Stravinsky. Yet, at the same time, this is functional music. Its purpose is, with light and love, to praise the names of the Supreme. On this album, your heart and spirit will be turned toward divine inspiration and appreciation.”

Alice Coltrane’s legacy has been nurtured and cared for by her family and by those in the music world who understand the incredible need for her music to live on to inspire a new generation of musicians. She was an extremely gifted artist who expressed her music in a way that is penetrating, beautiful and profoundly executed. After the death of her son, she led her family with love and intention into a musical world that knew no bounds. She deserves to be heard and remembered, thought of and revered by all those who come into contact with every note that she played.

View all posts by Je Writer